Family law matters can be among the most difficult and delicate to navigate. Emotions tend to run high. Unresolved conflicts can play out as parties use their intimate knowledge of their partners to manipulate, hurt, or control. The breakdown of relationships often results in a loss of trust which makes resolving legal matters more challenging. Add to that the influence of a potential third party (new partner, friend or intrusive family member), and family law matters can be downright despicable.

Many people realize that while it is acceptable to represent yourself in family court, hiring an attorney to guide them through the process is preferred. But what you may not know, is that most successful cases enlist the support of a highly trained private investigator to conduct family law investigations. Whether you are the attorney representing clients or you are someone who is representing themselves in family court, the attorney led agents at Bearden Investigative Agency are here to help.

This is the first installment in a 3 part series highlighting the critical role private investigators play during family law matters: 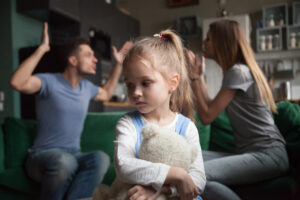 Any decent parent will tell you that their number one goal as a parent is to keep their child(ren) safe. After all, children are our most precious gift. When a parent strays from that notion and chooses to behave in a manner that jeopardizes their child’s safety, it is crucial that a responsible party steps forward to protect them. The best way to provide protection during a family law matter is to provide facts and evidence. The only way to do that in a safe and legal manner is by enlisting the support of a private investigator.

The attorney-led agents at Bearden Investigative Agency are concerned with what is in the best interest of your child. They work tirelessly to obtain information and evidence to either support or refute claims of abuse or neglect. Some questions that arise during family law investigations that result in the need to conduct investigations and surveillance are:

There are a number of different kinds of custody you might be fighting for and it’s important to be well versed in the terminology. 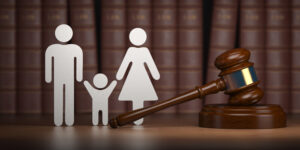 In order to determine these different types of custody arrangements, the court takes into consideration what is in the best interest of the child. There are many factors the court takes into account such as; which parent can best support the child, the safest living situation, and the physical and mental needs of both parent and child. The court will look at the parental stability and lifestyle. They will also consider whether either parent has a criminal record, evidence of neglect or abuse, history of drug or alcohol abuse, history of violent behavior, and many other factors.

Sometimes the decision is clear, such as in cases with documented abuse or neglect. Other times, the decision is made based on more subtle information. But always, there must be evidence to support claims.

Why hiring a private investigator is crucial in Child Custody cases:

All too often, visitation/ custody arrangements in cases of divorce or separation are not necessarily in the best interest of the child. The court may not have had sufficient evidence at the time of determination to identify if there is an issue with either parent which then results in a situation where the child is potentially at risk. 99% of the time, a parent is aware of or suspects the issues but lacks the evidence to support their claims. Without enough evidence, it becomes a case of one parent’s word against the other. And since hearsay doesn’t factor into court hearings, the result is a ruling that potentially is not in the best interest of the child.

Our agents use the following methods to obtain the evidence you need in your Child Custody case:

As an independent and unbiased witness, the agents at Bearden Investigative Agency can accurately document, articulate and describe what they see and hear during a child custody/ child welfare investigation. Our attorney-led agents have a clear understanding of what is admissible in court and therefore can provide sufficient evidence when available to either refute or support claims in court. Enlisting the help of Bearden Investigative Agency can greatly influence the outcome of your child custody case. It could even save your child’s life.