What’s the Worst Thing Someone Can Find Out About You?

As we saw during the recent political season, it can be a time that is often fraught with endless pundit chatter, heated confrontations and sensational headlines.

It is the time for all that opposition research to bear fruit, and it’s usually not pretty.

Conducting research on your political opponent(s) is standard practice these days for many people who are running for public office. It just makes sense, particularly in heated campaigns that may be covered by the media. 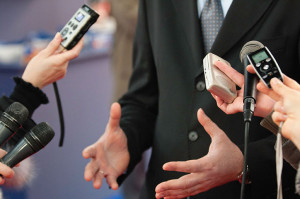 But I also think it’s just as important to find out what an opponent may find out if they go looking for information about you.

We’re not talking about just “Googling” yourself. We’ve all typed our name into Google just to see what pops up. It’s kind of a fun game to play – unless something strange about you appears in the search results. Maybe you were named in a lawsuit. Maybe you once were part of a controversial group. Maybe you were caught kiting a check in your college days.

If you’re running for public office, it’s a good idea to find out what’s out there about you beyond the routine Google search.

Your opponent may go through your background in the public and private sectors to determine if there is any hint of wrongdoing or cronyism, for example.

At Bearden, we conduct deep background investigations and then provide you with the results as well as counsel you on how your opponent may use the information.

For example, let’s say you’re a candidate running for a public office and one of your key campaign platform issues is tort reform. We conduct an in-depth background investigation and find that you have filed a couple of lawsuits, including one against a small business after you tripped and fell in their office. Your opponent could use that information to criticize you as a litigious sort who is only claiming to be for tort reform.

Or what if you’re running on a family values platform, but your personal past is a bit messy? Or maybe you are campaigning as a man of the people, but your largest campaign donors are rich, out-of-state business types.

It’s not just about having an old DWI conviction on your record.

Granted, most of the traditional media attention is focused on major political races. But the social media drum beats constantly these days and man can it be loud. A person can post a lousy bit of information about you on a Facebook page or in a tweet. Even the smallest local race can turn nasty.

If you are a candidate running for a public office, it’s smart to have an understanding of the worst things people may find out about you. If anything, at least you can prepare a sound, professional response to the potential surfacing of an old misdeed, rather than be taken by surprise in the middle of a campaign battle.